The 160,000 new residents that are expected to arrive in Winnipeg over the next 20 years offer a golden opportunity to help achieve its city building goals, such as revitalizing neighbourhoods and providing better support to retail, community, and sustainable transportation amenities. However, if managed poorly, their achievement could end up more distant, threatening Winnipeg’s long term sustainability.

In support of the new OurWinnipeg and Complete Communities 2.0, the Residential Growth Study was undertaken to help determine how Winnipeg could grow in the best way possible. This work consisted of three phases:

Accommodating 160,000 new Winnipeggers will require about 82,000 new dwelling units, or approximately 1,700 single family dwellings, 400 rows, and 2,000 apartment units a year. The third phase of the Growth Study considered three different ways this housing could be distributed.

The first scenario considered 60% of all new dwelling units would be accommodated in greenfield areas versus 40% in the existing built-up area. This was considered to be largely status quo, with modest improvements needed to make infill development easier and more desirable to offset the depletion of easier opportunities over the time horizon of the plan. The second scenario considered a 50/50 split, where the greenfield share would decrease slightly over time through a more considerable effort in making infill easier and more desirable. The third considered 40% of new units in the existing built-up area, which would see the greenfield share decrease significantly through a substantial, concerted effort in enabling infill development.

(It should be noted that the three scenarios were based on the most recent Conference Board of Canada forecast, which contemplated a higher amount of singles-to-multis than what has actually materialized in recent years. Because single family dwellings are difficult to accommodate in infill areas at a significant scale, it will be easier to achieve a more aggressive intensification target if new multifamily units continue to outpace the forecasted rate, and vice versa.) 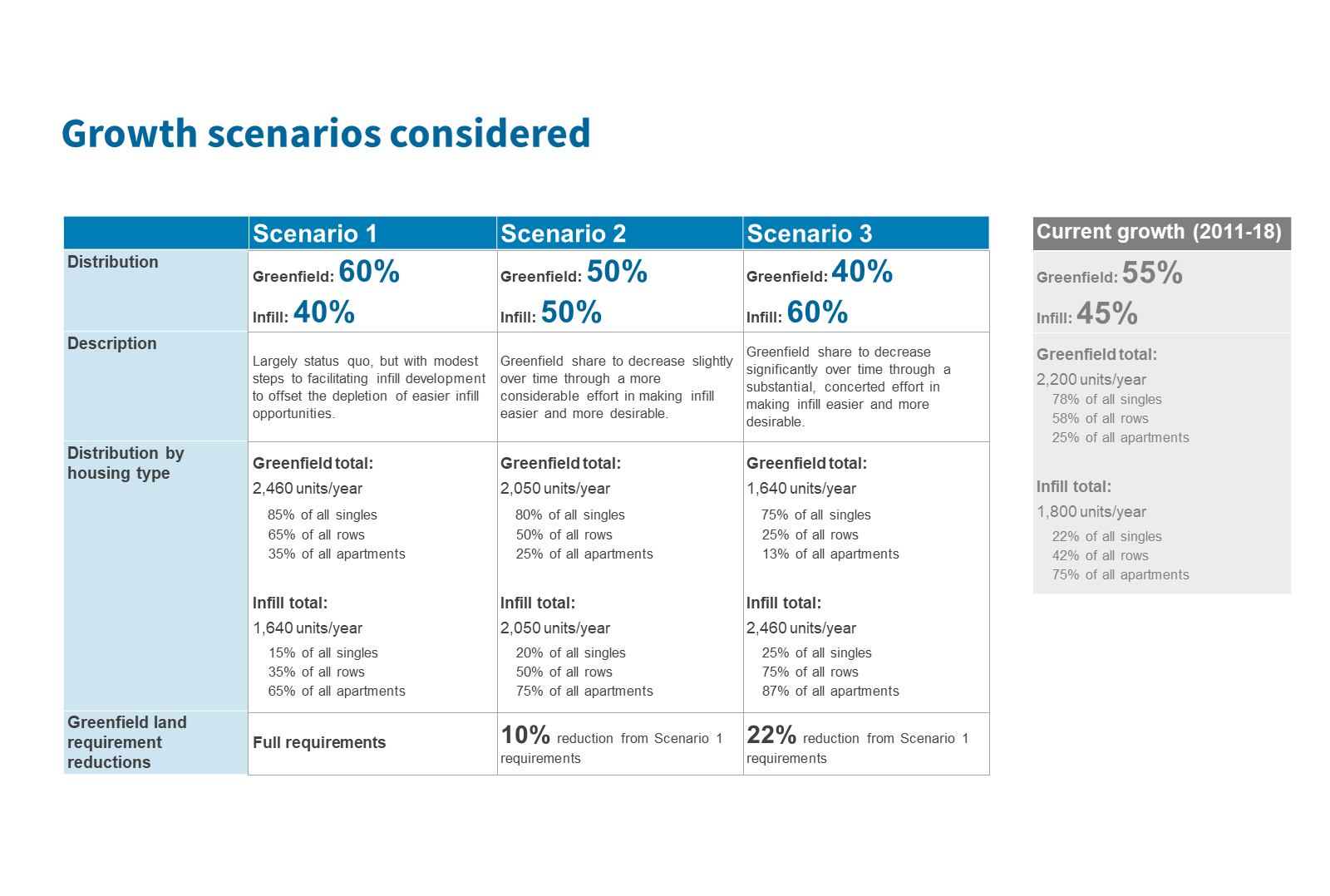 The three scenarios were assessed based on their policy and investment implications, conformance with OurWinnipeg sustainable development principles, and other metrics. It was felt that Scenario 2 served as an appropriate target that improved upon a number of City goals, including achievement of the emissions reduction target from the Council-endorsed Climate Action Plan. There was reticence to push hard for Scenario 3, as it was determined that its achievement would require restricting the amount of multifamily units in greenfield areas in spite of a developer’s willingness (keep in mind all three scenarios are working with the same unit type mix). It was felt that this ran contrary to complete communities principles. 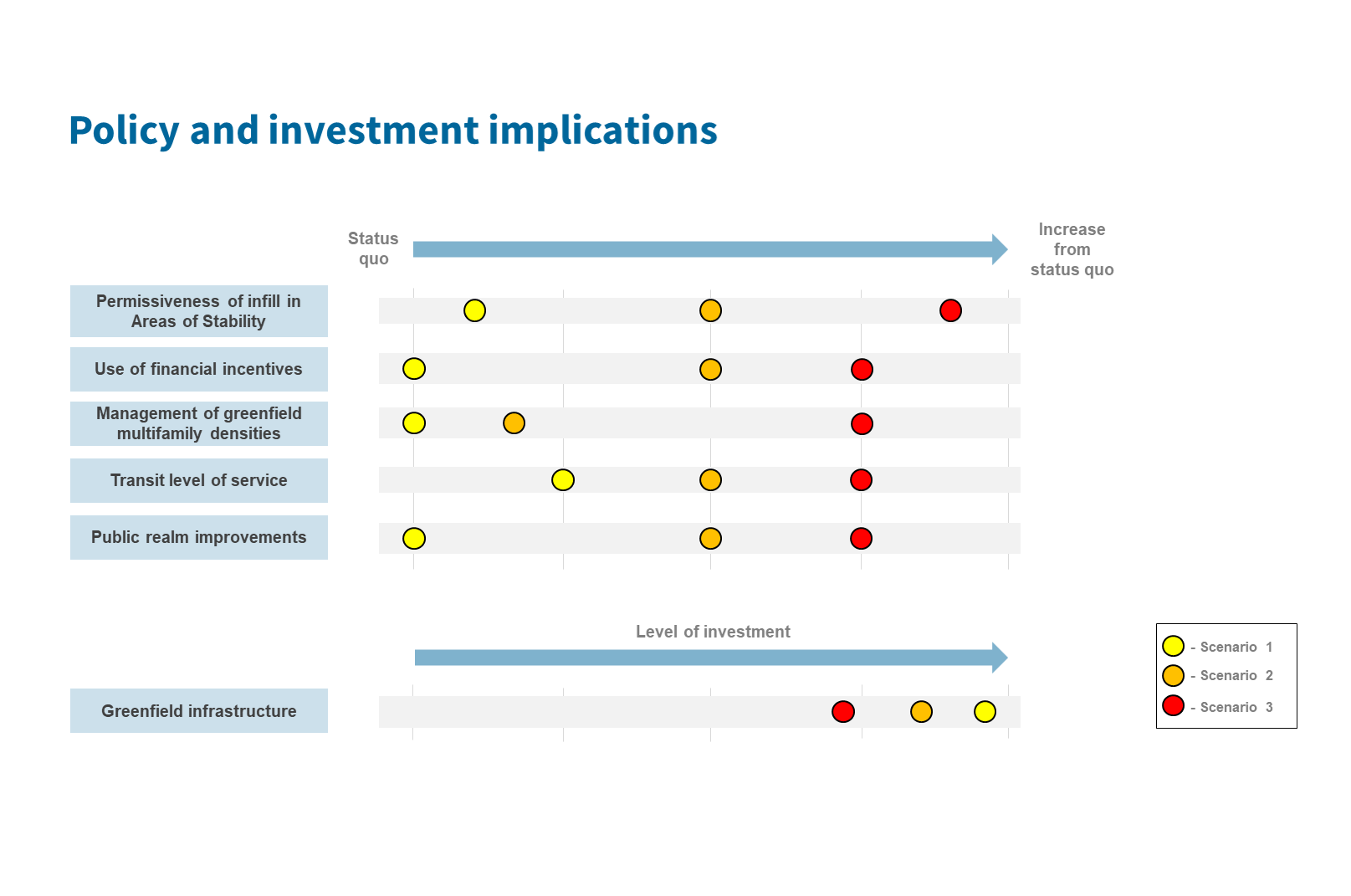 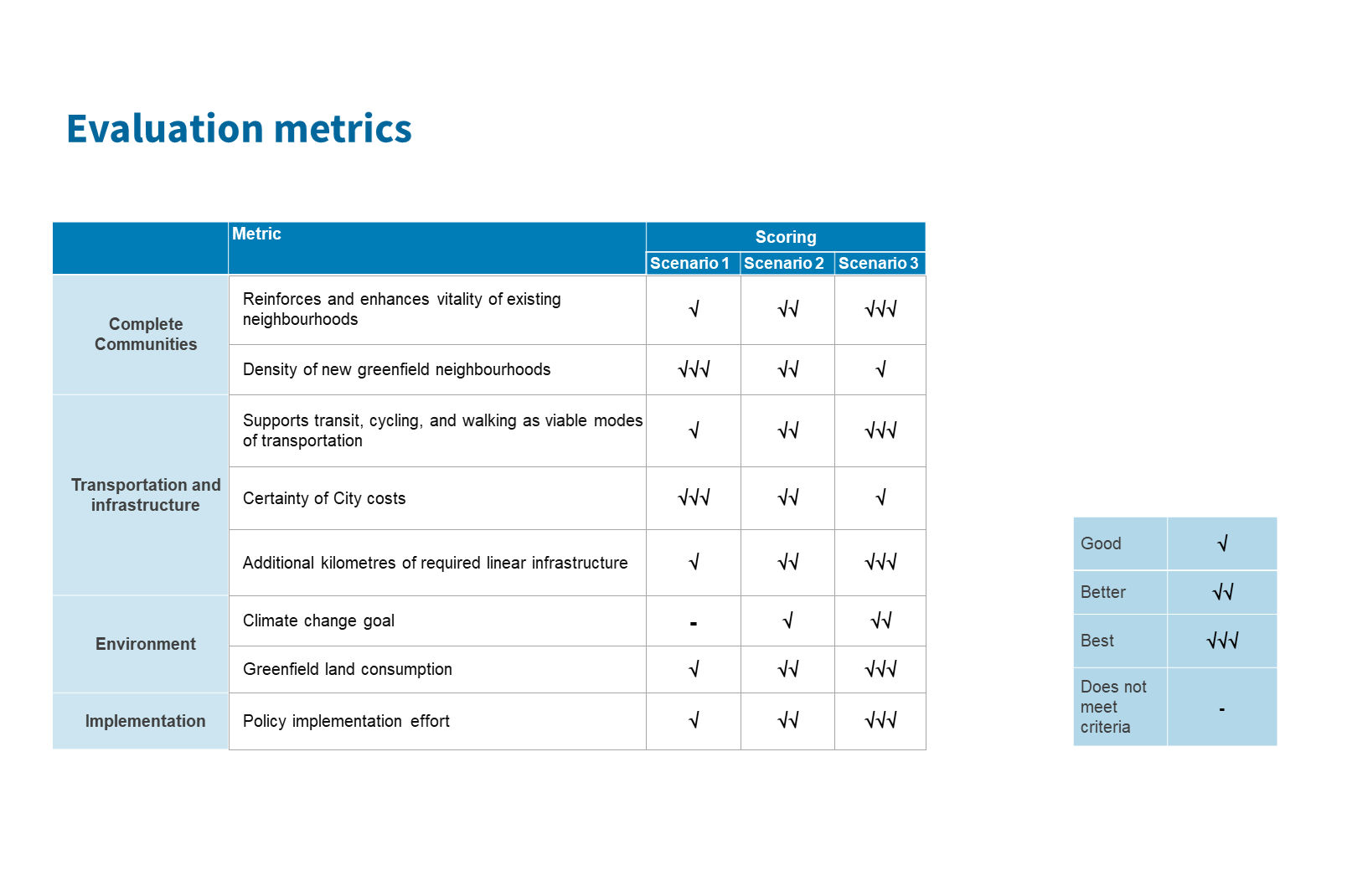 From there, the preferred Scenario 2 was then imported into Complete Communities as the 50% intensification target.

What do you think – is a 50% intensification target too aggressive, not aggressive, or just right? Let us know!